Photographs relating to this article, including those in this extract, may be found in Gallery 6.2
A railway station at Low Prudhoe must have been very inconvenient for the people of Prudhoe, especially for the large population at West Wylam, so it must have been a great asset to have a bus service running through the town.

The first bus to run from Prudhoe to Newcastle was owned by Dixons and was driven by Mr Bunting. Buses would stop at the Chain Bridge at Blaydon since the bridge was too weak to take the weight of a bus. The passengers would have to cross the bridge on foot then proceed by tram into the town. 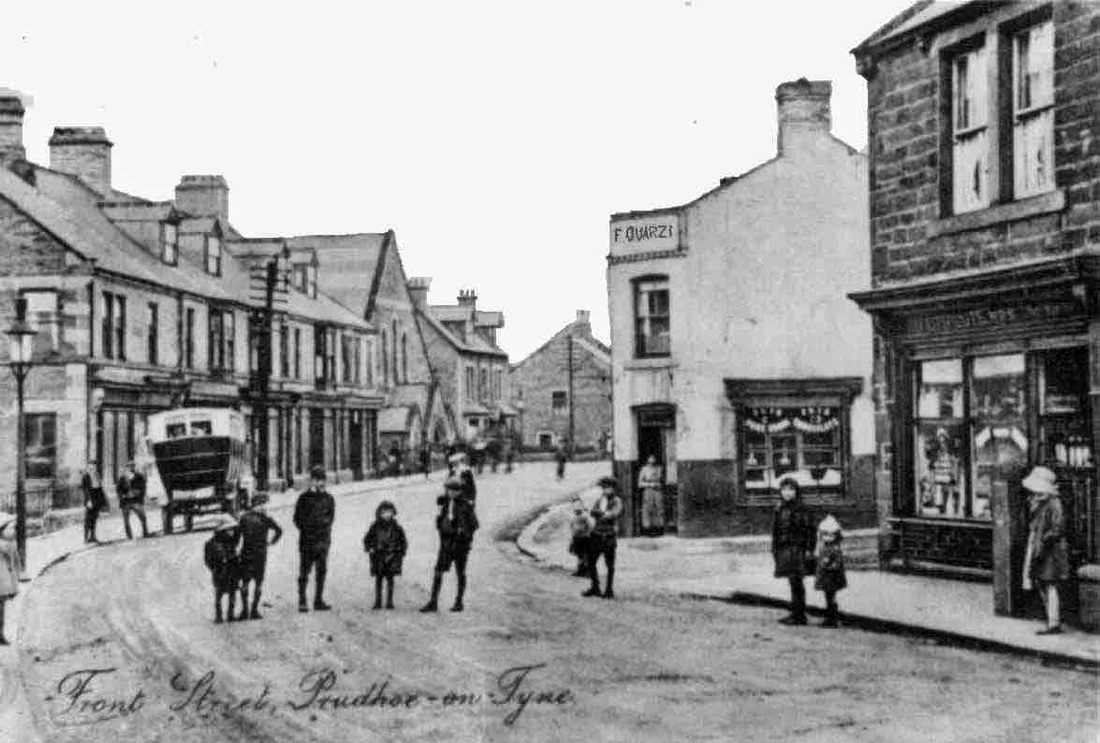 One of the early buses stands opposite Quarzi's Corner c. 1910Standing in the road are L to R: Willie Hamilton's little sister, WH, Fred Quarzi, Theresa Quarzi, Willie Hodgson, Louis Robinson and Willie Whitfield. Elizabeth Quarzi is standing in their shop doorway. The shop on the right is Douthwaite's chemist. Note that there is no road junction to the left as Station Road had not yet been built.
The bus was housed in a garage at the end of Tyne View Terrace in a building which became Bewick’s motor cycle shop and was previously used as a Gospel chapel. One needed to book a seat on the bus and this was done at the end house of Front Street, around the comer from the shop which until recently sold alarm systems.

The first of the buses used by the large companies came through Prudhoe about 1924, starting from Branch End and the local children lined the street to cheer it through.