Photographs relating to this article, including those in this extract, may be found in Gallery 2.7
The first swimming pool in Prudhoe was created in the 1960’s when the Rex Cinema on the Front Street was converted, though as long ago as 1911 a swimming club was in existence at Mickley when an annual swimming gala was held in the river and attracted some two thousand spectators. The building housed two pools, a large pool which initially was the only pool and then later a toddlers’ and learners’ pool. 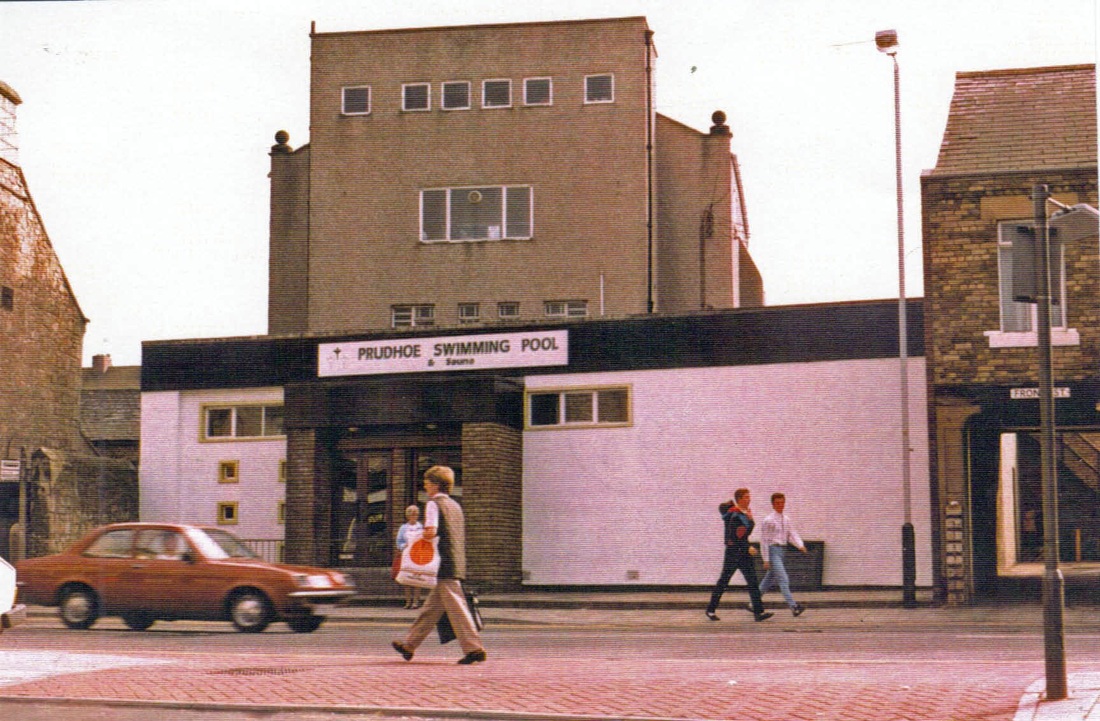 Prudhoe's First Swimming pool 1987
This was built as the Electric Cinema then changed its name to the Rex
By the mid 1980’s the pool was in need of refurbishment due to the demand made upon it. After research it was decided that instead of refurbishing the existing pool the public would be better served by building a purpose made pool taking into account modem trends. The site chosen for the new leisure pool was on the piece of land known locally as the “Suey” and the proposal to go ahead with the new pool was agreed in 1988. The foundation stone for the new project was laid 5th April 1989 by Councillor Mrs Phoebe Grange and the Waterworld pool was officially opened by Their Royal Highnesses, the Duke and Duchess of York on Monday 15th October 1990.

Waterworld has a 25 metre pool, a beach area for toddlers, a 40 metre aquaslide, wave making machinery and a poolside jacuzzi. In addition, the building houses a fitness suite with lounge area and cafeteria.

The pool is used by local schools, and caters for every age group for swimmers of any proficiency from beginners upwards.