Photographs relating to this article, including those in this extract, may be found in Gallery 2.2
Prudhoe, over the last one hundred years or so, has produced some great teams and individual players.

As a mining village years ago, this was the sort of environment which produced players of grit and determination and no little skill.

All those years ago, at the beginning of local football as we know it, the game was played on Saturdays and mid-week and County Cup achievements were how your club was measured in status. The first County Minor Cup was played in 1890 and Prudhoe Woodbines in 1909 was the first team in West Northumberland to win the trophy.

It took another seventy years (1979) to bring the cup back. This was achieved by Prudhoe East End team, who then went on to win the County Senior Benevolent Bowl, which gained them entry into the Northumberland Senior Cup the following season.

Not many people in the Prudhoe area will forget the momentous game played at Eastwoods Park when the East End lost narrowly to Blyth Spartans, who had reached the fifth round of the FA Cup the season before. There were over three thousand people present that day. 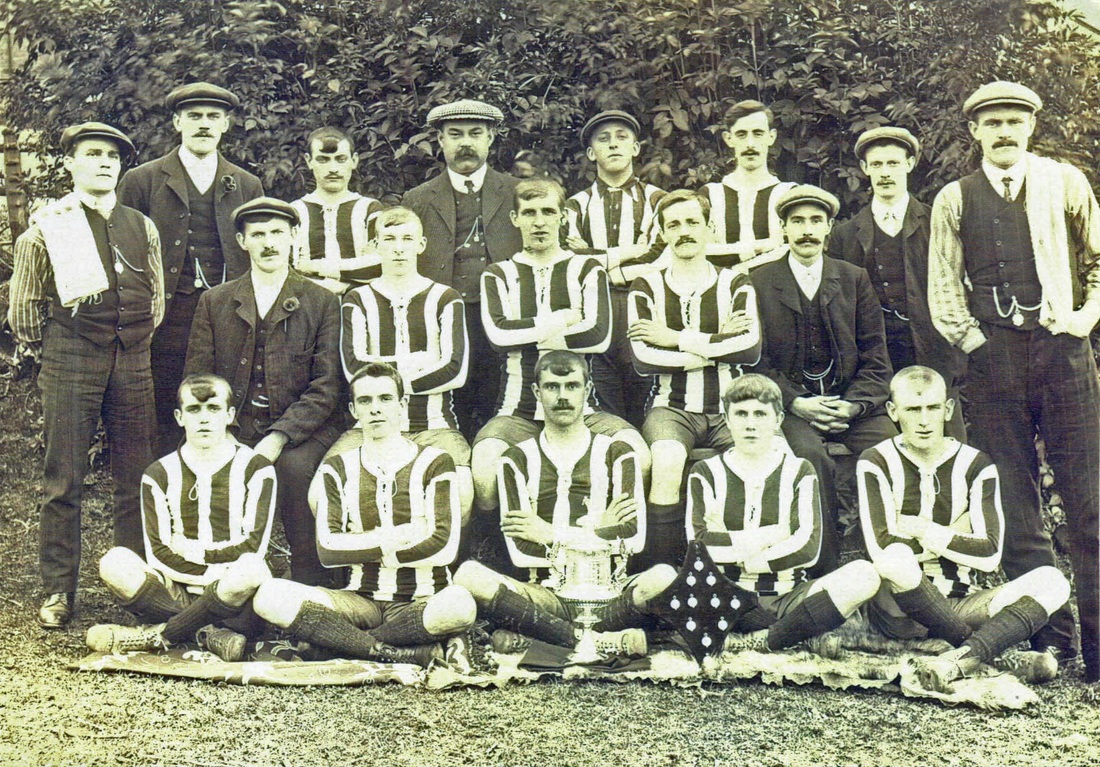 Sunday football came to the fore in this area in the form of the North East Sunday League, with teams from Prudhoe United Services, Prudhoe Working Men’s Club and Prudhoe Conservatives all winning trophies in the late sixties,  Bill Fothergill, Eric Morgan, David Lithgoe being the Sunday men at the time.

As mentioned earlier, players have joined professional clubs on a regular basis including the Callender brothers to Gateshead and Jack Clark to Sunderland. These players were also with the great Prudhoe Boys’ team, which reached the semi-final of the all England Cup. Joe Hart, whilst playing for Queen of the South took a busload of supporters to most home games. Mo Howdon scored a hat trick in the Senior Cup for Hexham Hearts at St James’ Park in 1949. Bob Stokoe captained Newcastle

United and famously managed Sunderland to cup final victory. Pop Robson, who won the Gold Boot for the leading scorer in the First Division, coached at Sunderland and young Ian Milboume played for Scarborough.

The mines have all gone now, but hopefully this will not stop the production line of young players coming through nor stop the enjoyment of football in our area.