Photographs relating to this article, including those in this extract, may be found in Gallery 9.2 and 5.2
The little hamlet of Hagg Bank is strictly speaking in the Parish of Wylam but, being on the south side of the river and having been linked closely with West Wylam Colliery, it was felt that mention should be made of it in this book.

In his book “Good Wife Hot”, which gives the derivation of Northumberland place names, Godfrey Watson provides two meanings for the word “Hagg” viz “a wood marked to be cut down” or “a wood used for sheltering cattle”.

Hagg Bank was known locally as “The Points”, since it overlooked the junction of the Scotswood and Newburn railway line with that of the Newcastle to Carlisle. The latter having been completed in 1835 did not serve the north bank of the Tyne, so in 1871 plans were made for a spur which came off at Scotswood and went via Newburn to Wylam. This was completed in 1876 and continued in use until 1968. The track bed now provides a pleasant walk.

An integral part of the line was the Wylam Bridge which has a span of 240 feet. Its construction is similar to that of Newcastle’s famous Tyne Bridge with its single arch from which the track bed is suspended with vertical ties. The design of the bridge was determined by the fact that shallow mine workings under the river in this vicinity made it impractical for pillars to be driven into the ground. It is interesting to note that the deck of the bridge is only three feet above the level to which the river had risen in the disastrous flood of 1771.

The bridge cost £16,000 and went through extremely stringent testing, whereby a locomotive plus its tender, weighing in total 61 tons, made several crossings. Then a 45 ton tank engine was coupled on, to be completed by a final test whereby six coupled locomotives with tenders, weighing altogether 350 tons were driven across at full speed several times. Reports say that “the bridge did not falter”.

The original plan for the railway in the 1830’s had proposed that a tunnel be provided at Hagg Bank, but due to the cost of such an undertaking a cutting was made instead and the level of the line was raised.

The houses at Hagg Bank seem to have changed little in appearance since they were built in the 1880’s and 1890’s, though several are now pebble dashed and have extensions to the rear, thus almost doubling their size.

The first terrace of four houses was built for the employees of the North Eastern Railway Company. The 1881 census gives the occupants as being two signalmen and two porters. Philip Brooks, in his recently published book “Wylam Past”, tells us that in 1890-91 Robert Turnbull, one of the signalmen, and George Lamb, the local provision merchant who lived in Laburnum House at Wylam, built the first eight houses in Front Street. The cost was said to be no more than £50 per property. The houses were constructed with cheap bricks which were readily available from the nearby West Wylam Colliery brickworks.

There were two outdoor taps which provided fresh water, one between rows of houses in the middle and one at the south end of the houses. A shop served the small community and this was the back end of the house at No 1. A quoits pitch was laid down at the rear of the houses, between them and the river. The people of Hagg Bank were also allowed to cross the railway bridge to shop in Wylam but anyone else crossing the bridge was subject to a fine.

There were also some wooden huts which were used for human habitation at the river end of the curve of the Hagg Bank. In this area was also a mission hut used by the inhabitants of Hagg Bank for worship. This hut closed in 1908 and the lectern was carried to the then new Methodist church at Low Prudhoe. 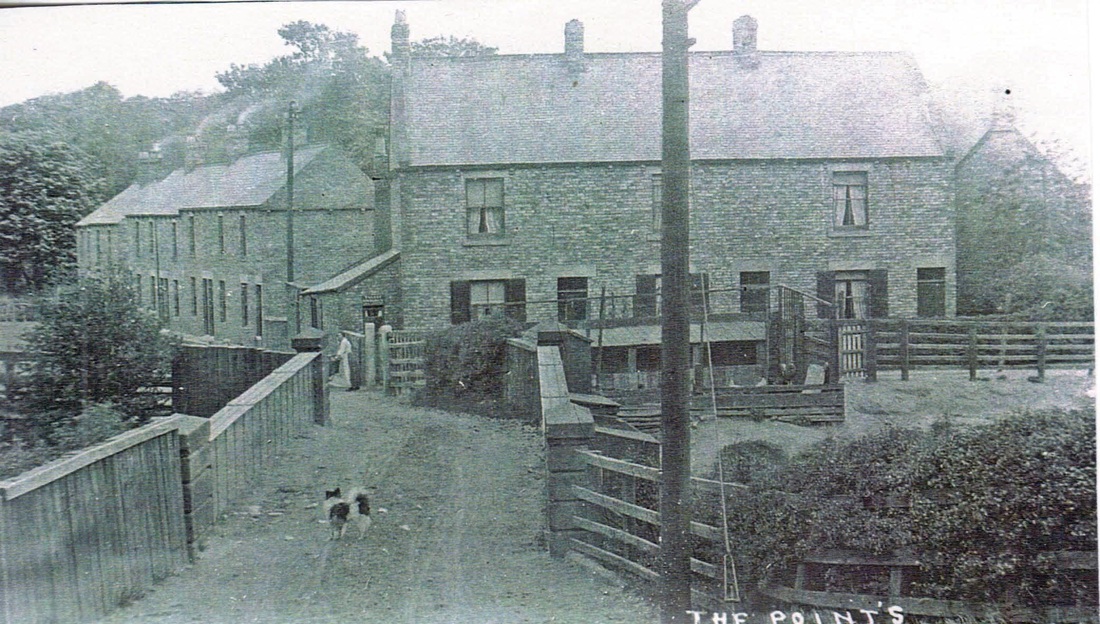 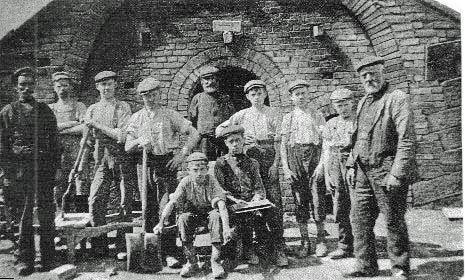