Photographs relating to this article, including those in this extract, may be found in Gallery 1.1
The little village of Eltringham grew up around its colliery, brickworks and pipeworks. It consisted of three parallel rows of houses - North Row, Middle Row and South Row and had a chapel, shop, reading room, football pitch and quoits pitch. Middle Row and South Row were wooden faced on top of a rubble and plaster construction, and these were demolished in the early 1950’s. All that remains of the village today is one street (North Row), which consists of ten houses. 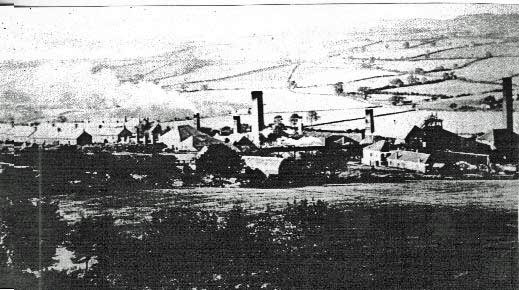 Eltringham Colliery and Pipeworks c. 1910
Three rows of houses on left
Eltringham School stood at the top of the hill at the west end of Beaumont Terrace and is now a private house. The school was known locally as “Station Gate” since a path ran down from there to Prudhoe Station. From the school a torturous road descended to the village by a series of steep hairpin bends and this remained a problem until the construction of the Prudhoe by pass in 1993. Before this any large lorry which needed to go down into Eltringham had to manoeuvre backwards and forwards across the road beside Beaumont Terrace, which was then the main route from Blaydon to Hexham.

Eltringham Colliery in its lifetime suffered many setbacks. The school log book’s entry for 7th March 1897 states that all the workmen at the colliery had received a fortnight’s notice to leave their work. This was said to be on account of ‘want of trade’. The major decline began in the 1920’s but the brickworks continued for a while longer. The pipeworks with its salt glaze kilns ceased production in 1975. The area occupied by the pipeworks was later taken over as the Hammerite Paintworks.

Hammerite speciality paint was invented by the late Alan Forster in his garage at Mickley and then expanded to premises on Bluebell Bank on the way up to Mount Pleasant, before moving again to the Eltringham Pipeworks site.

The pipeworks used to obtain its clay from West Mickley Colliery. A narrow gauge railway with a rope haulage system moving six tubs at a time brought clay and coal to the pipeworks via a tunnel which went under Eastgate Bank at Mickley, passing under the main road and emerging at the east end of the premises now occupied by Tyne Valley Nurseries. This system produced considerable noise as the tubs ran back and forth through the tunnel.

From Eltringham a double track standard gauge line carried bricks, pipes and coal down a steeply curved line to the sidings at ‘the Quay’ to the west of Low Prudhoe and the station for transport from there. This steep railway was operated by gravity with the full tubs going downhill bringing the empties back up. When the winding engine failed, the line was converted into a narrow gauge one and, as a result, the goods had to be off-loaded before being put onto the N.E.R. trucks at the Quay.

When the colliery closed, the stables for the pit ponies were converted into farm buildings but these have been disused since the by-pass was built. 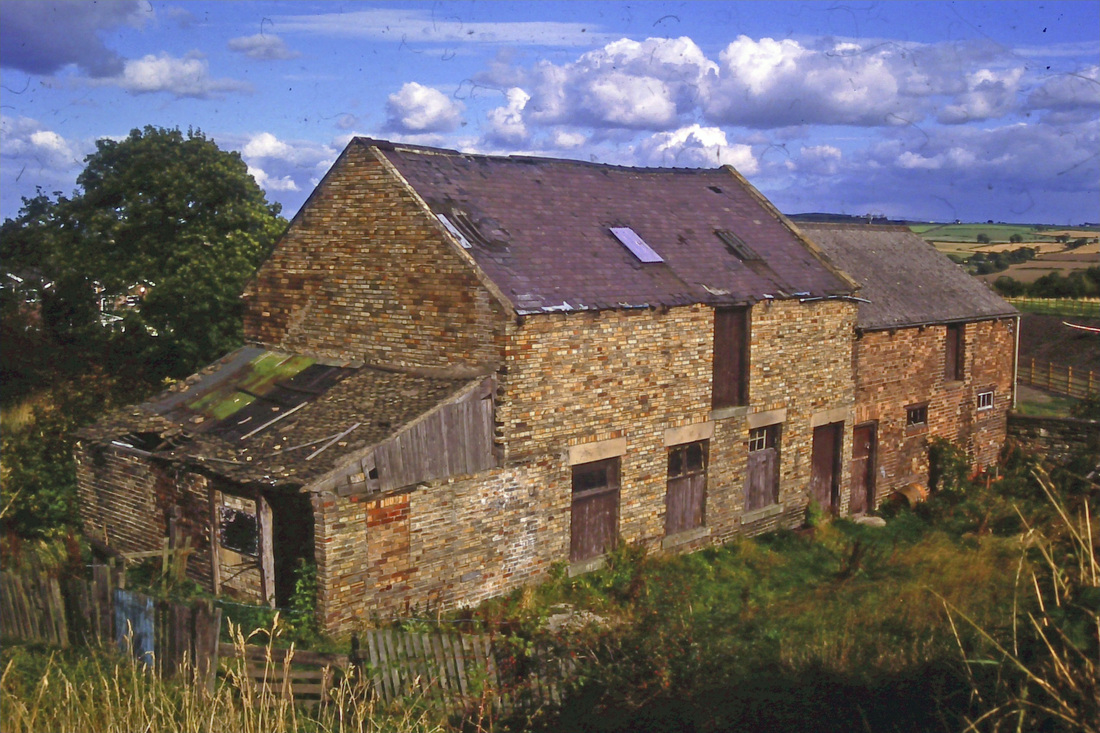