Photographs relating to this article, including those in this extract, may be found in Gallery 2.4
The Prudhoe Bowls Club was founded in 1926. Then the clubhouse and pitch were in Oakfield Park (now the Co-op car park). The green was laid by a Mr R Lowes, head gardener to Lord Allendale and had the reputation of being one of the truest greens in the area. Teams from the old ICI and Co-op used this green and teams from all over the area came to play on it. So keen was the enthusiasm that it is reported that during a match with a team from Hexham, the match ran late and was finished by lamplight!

When the Co-op took over Oakfield, the team moved to West Wylam Park in about 1988 and stayed until a new facility was provided at their present home. The new green is situated at Oaklands Park and was officially opened on 11 July 1992 by Councillor Mrs Doreen Elwell and Mr Leslie Johnstone. 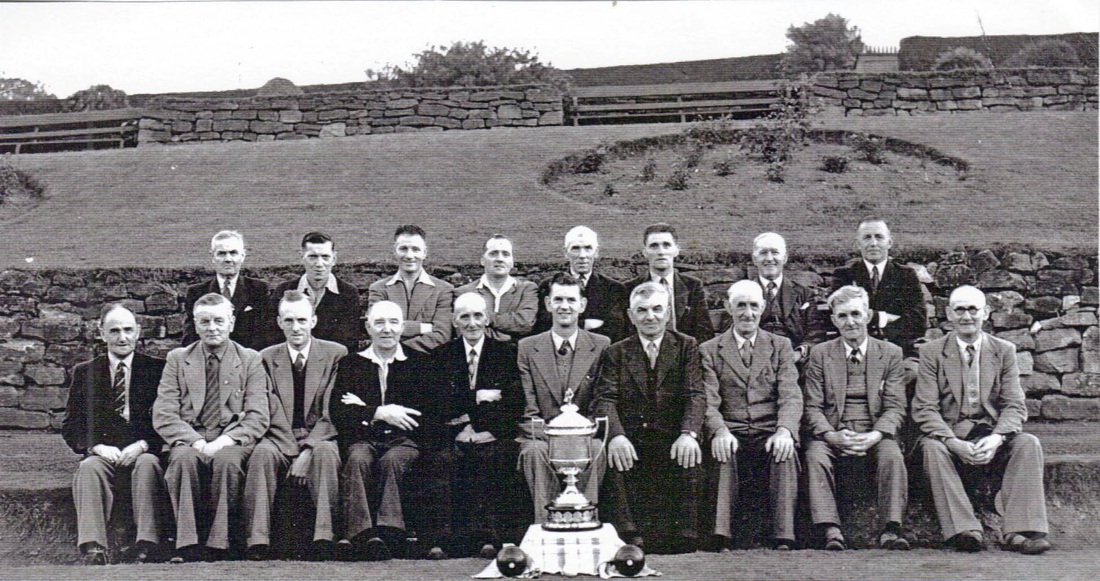