Photographs relating to this article, including those in this extract, may be found in Galleries 2.1.2 and 5.5
Flower Show Day was the highlight of Prudhoe’s year. It was held at Highfield (where Highfield Estate now stands) and South Road would be lined on both sides with stalls. The man on the front stall would be crying out “Calabash pears — 2d a pound”. Having paid for entry to the show field you got a stamp on the back of your hand to verify that you had paid and also could come and go as you pleased. Houses in the neighbourhood would be re-painted and decorated for the occasion and garden produce and home cooking would be taken with great pride up to the marquees for judging. Races took place, as did Cumberland style wrestling contests. In the evening a dance would be held in the big tent. A Carnival Day procession would take place through the town with every firm which owned a horse and cart decorating it for the parade. 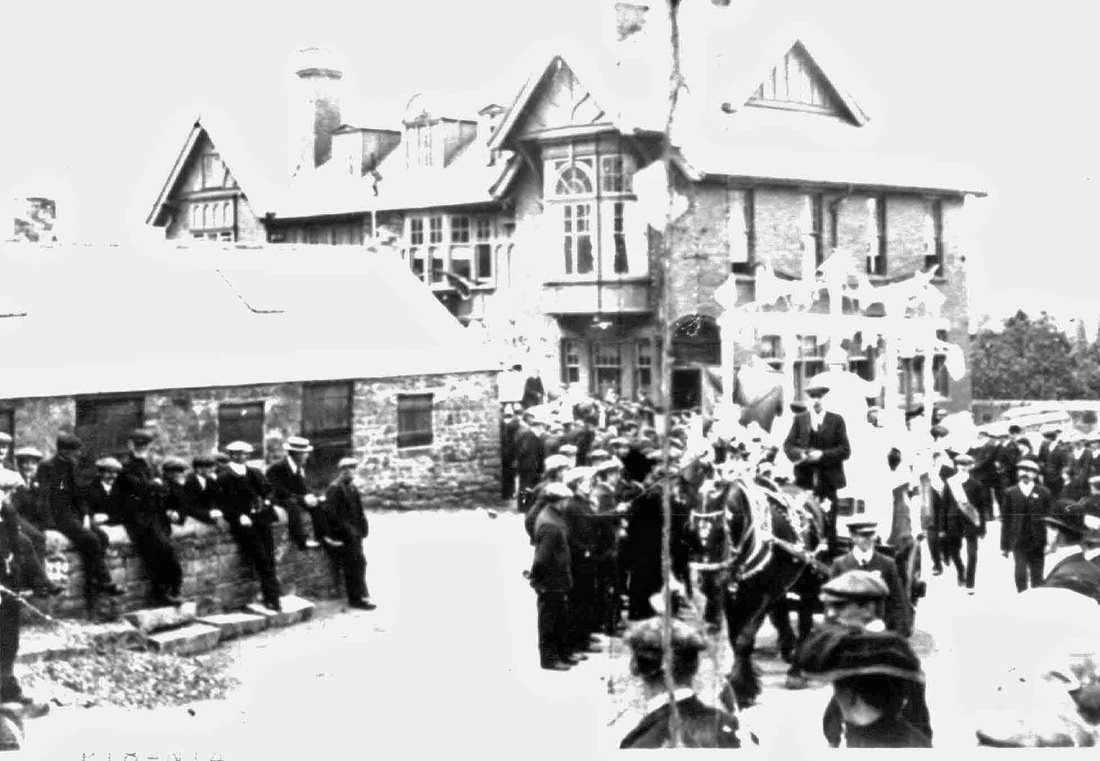 Prudhoe Carnival procession turns up South Road c. 1930
People would make fancy dress outfits and this would add colour to an eagerly awaited day, particularly in the difficult days of unemployment of the 1920’s. The day ended with the ‘king and queen’ (usually local dignitaries) presenting prizes to the winners of the day’s events. 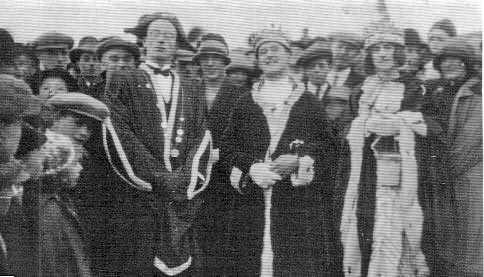 The 'Court' at Prudhoe Flower show c. 1927
With the Carnival King and Queen
Another special day was the Sunday School outing. Children and parents in their ‘Sunday best’ would travel by special train to Newcastle and then on to Whitley Bay. The children would vie with one another to be the first to smell the sea.

During the “Big Strike” of the 1920’s, which lasted for 26 weeks, various events were organised as a means of entertainment and passing the time. Jazz bands were formed using ‘submarines’ (kazoos) and kettledrums, if they could be found. The participants dressed up and competitions were held in surrounding villages. The bands went under names such as ‘Dipton Chinks” and ‘Hexham Jews’. At Prudhoe sugar bags, with holes cut in them for eyes and mouth were used. The groups were then appropriately named the Prudhoe Pokes (Poke being a dialect words for bag or sack).